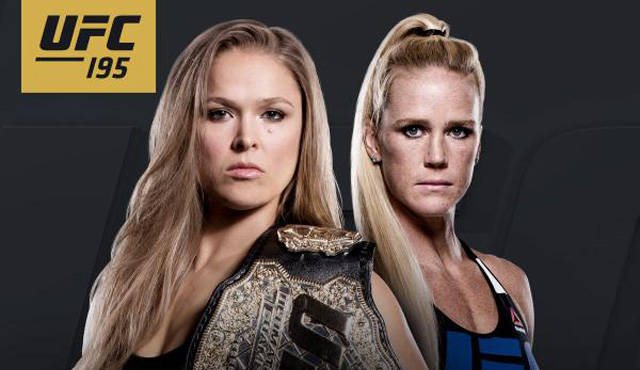 Ronda Rousey vs. Holly Holm: Why Skilled Strikers Will Still Dominate in UFC

Outclassed. This is the one-word general consensus here at FM regarding last night’s Rousey vs. Holm title fight. Losing her title in two rounds to Holly Holm after a pummeling she has never before experienced,  Ronda Rousey was simply outclassed.

It’s easy to pick apart strategy the morning after, but it was clear after three clean strikes, the last of which looked to break Rousey’s nose just 28 seconds into the first round, that Holly Holm’s boxing experience put her in a different league than anyone Ronda had ever fought.

I hoped for an upset in Holm before the match, but felt that Rousey could definitely keep the fight on her terms if she was able to sideline enough and close the distance for one of her signature throws. What I never expected was her rushing headlong in a straight line time after time. For all her devastating ability at close range, it seemed she had up to now never learned how to negotiate her way around strikes thrown by someone who really knows what they are doing. In the few engagements that looked like they could go to ground, Holm had just enough training to keep from getting locked up and got back to her feet every time.

Really skilled strikers don’t go into the UFC. They go into professional boxing. The money there is better, plain and simple. While some saw this matchup as another David and Goliath match with Holm holding the sling, another perspective could be this: Holly Holm has already topped out her professional boxing career and is now out for some easy pickings in the octagon. What of every competitor Rousey has ever fought crumpling under her amazing ability to close and take down in seconds? Simple. None of them have ever had the actual striking skill needed to keep Rousey at a distance. True, Misha Tate was able to offer her much more trouble than it seemed anyone else had, but for some reason Tate wanted to go to ground with Rousey, which ended about the way we would expect.

One day the UFC contracts will offer truly skilled strikers the kind of money that will pull them away from pro boxing, but not today. Though it may seem ubiquitous in 2015, MMA is still in its infancy. The fact that ground and pound is still how the majority of the fights end, even at the highest levels in UFC, make it clear that strikers who are not only fast but accurate and have truly solid footwork are still being pulled elsewhere first.