This is a well choreographed fight between Shane Fazen and Micah Brock that shows the awesome attributes of both fighting styles.  Check out the kicks, punches, combos and overall movement of Muay Thai and Taekwondo.

Fight and have your sentences reduced.  Check out this VICE Fightland piece on Thai prison fights. 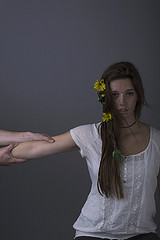 Several weeks ago, I posted on The Easiest Way to Improve Your Self Defense Skills.  The post was about being aware of your surroundings despite the distracting technology that we use daily. I know the majority of martial arts practitioners are very aware of their own environment through training and purposeful thought.  Now let us take…

END_OF_DOCUMENT_TOKEN_TO_BE_REPLACED 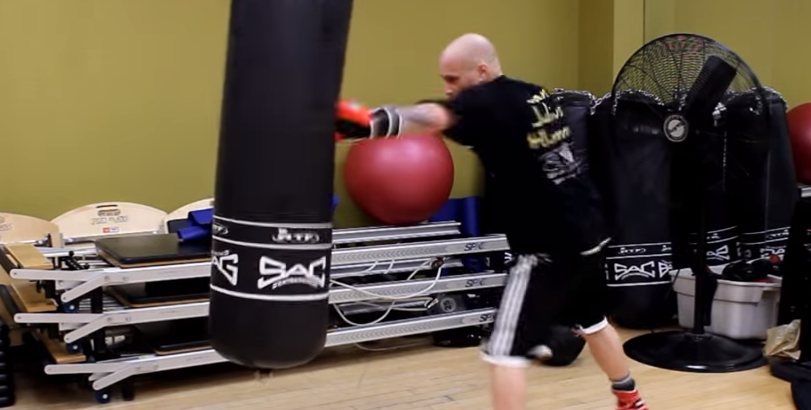 The heavy bag is an essential tool for improving power, technique, and movement.  The following video from Precision Striking is an excellent tutorial for heavy bag concepts. Enjoy! 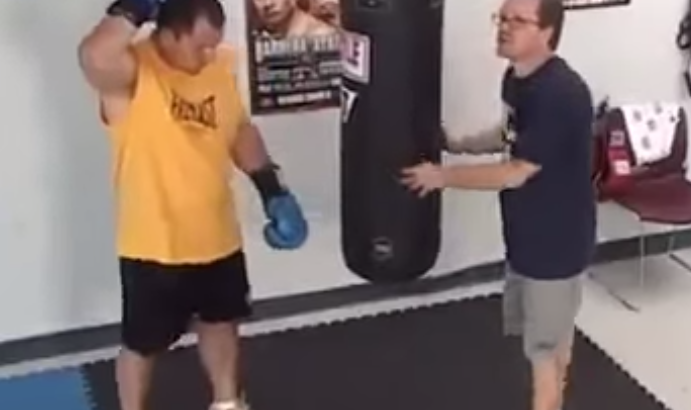 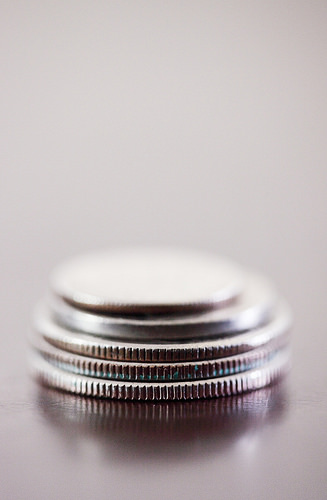 Martial Arts Training On A Budget

Martial Arts Training On A Budget I’ve searched for ways to budget my time and money when it comes to martial arts.  Monthly memberships, seminar registrations, equipment costs, and purchasing martial arts media can take a toll on your pocket book.  I would love to have the resources to travel to the Philippines for Escrima…

END_OF_DOCUMENT_TOKEN_TO_BE_REPLACED 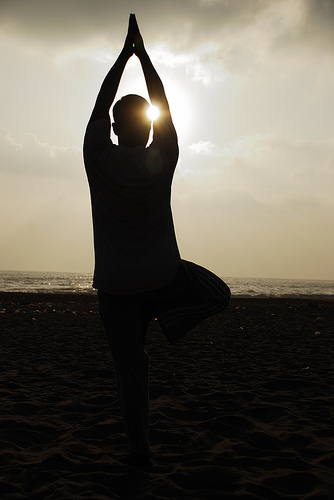 Back in the day… I was 24 years old and in prime shape when I graduated the police academy.  I was single, exercising 4 days a week and my metabolism could cope with the weekly California Burrito. Life was simple and physical maintenance was easy. Years later… I was 32 years old, a veteran cop…

END_OF_DOCUMENT_TOKEN_TO_BE_REPLACED

Dream Training List: Dan Inosanto.  I was lucky enough to have met Guro Inosanto at a Train With The Legends Seminar several years ago.  He was numero uno on my DTL and I look forward to attending future seminars at the Inosanto Academy located in Marina Del Rey.  I recommend to anyone to please take time off of your busy schedules and attend one of his seminars or visit his academy because you will not be disappointed.  Check out this footage of MMA Legend Anderson Silva training with Guro Inosanto. 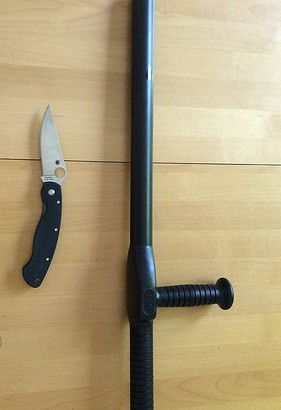 Distance and awareness is your friend on the street.  Highly concealable, a knife, in a motivated attacker’s hand, is as dangerous as an attacker with a gun. Watch how fast Guro Dan Inosanto closes the gap and surprises every officer with a potentially fatal knife attack.  This is an old video that is still applicable…

END_OF_DOCUMENT_TOKEN_TO_BE_REPLACED 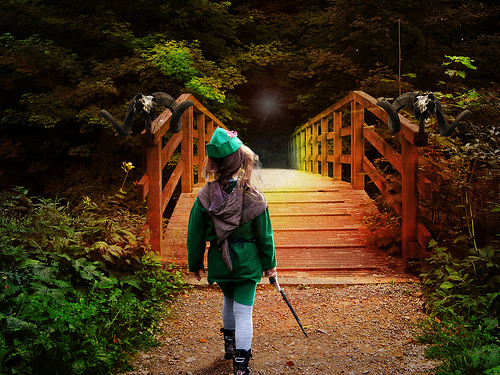 Joe Rogan: Be The Hero of Your Own Movie

The Easiest Way to Improve Your Self Defense Skills

Take a look at the following video.

Whether it’s the “knockout game”, a robbery, or any other criminal act, many victims are caught unaware.  Not paying attention to your environment leaves you vulnerable and open to violent attacks.  Add cell phone usage to the equation and your chances of being a victim increases.

Sifu Harris explained that looking at your opponent’s physical gestures will show their plan of attack.  For example, you are contacted by a man who tells you to give him your wallet.  You see his left hand grabbing the front of shirt at the waist band and his right hand moving towards the same area.  You become aware that those movements are indications of a potential attack with a gun or knife.

Here’s a more casual example of how awareness and the intercepting eye will advance your self defense skills.  You are walking alone and see a group of boisterous men coming towards you.  Since you weren’t texting, you now can avoid these men or at least prepare for a possible altercation.  These scenarios both based on awareness, have now given you multiple pathways to safety.

I’m in no way advocating hyper vigilance at every moment, leave that to police officers. What I’m advocating is improved awareness in the now. Here are ways to develop that awareness and to keep you or your loved one’s out of harm’s way.

You will now watch people more closely, use your cell phone smartly, be the sheepdog and practice mental preparedness. Are you now more confident and better prepared for defending yourself on the street?  Whether the answer is yes or no, I would be happy if part of your answer was, “I’ll at least be more aware.” Because awareness is the key to better self defense.

Now that your self defense skills are bit sharper, add to your total package by finding a school, gym, or dojo that will teach you ways to deal with an attack that can’t be avoided. Be safe out there and let us know some of the things you do to keep aware on the street.

Get up and go. Motivation from Leonardo De Angelis.

I have a Dream Training List (DTL) of instructors and masters of the arts that I want to meet and learn from.  On this DTL is Guro Douglas Marcaida from Marcaida Kali, just check out his videos found on Funker Tactical and YouTube and you will know why he is on my DTL.

To many, Roy Harris needs no introduction. This following clip is Sifu Harris explaining JKD Intercepting at The Harris Academy in San Diego. Sifu Harris explains… In this video clip, I am demonstrating a high level concept in Jeet Kune Do called, “Intercepting.” When a person intercepts, they do the﻿ following: 1. Establish a firm,…

END_OF_DOCUMENT_TOKEN_TO_BE_REPLACED

A final inspiration to end and begin the year… Happy holidays from Fighting Measure. Be safe.

Jeet Kune Do, Kali, Brazilian Jiu Jitsu, and Silat are only a few of the arts Guro Dan Inosanto has studied and mastered in his 74 years of life.  Guro to some and Sifu to others, Dan Inosanto is an encyclopedia of martial arts knowledge and skill.  While best known for being Bruce Lee’s student and…

END_OF_DOCUMENT_TOKEN_TO_BE_REPLACED

Posted in Reality Based, Uncategorized, Video

Summer is just around the corner: Gracie watermelon juice

I was searching through the Gracie Jiu-Jitsu Academy website and found this video on the once top secret Gracie watermelon juice.  I don’t know if this is going to help your Jiu-Jitsu game but at least you will be refreshed! Enjoy! Happy Training, CD

Fighting Measure’s favorite female Muay Thai fighter Christine “Blade” Toledo will be fighting for the WBC Women’s Muay Thai International Super Flyweight Championship Title on Saturday April 17. The event will be held at Buffalo Bills Resort & Casino in Primm, Nevada. This event promises to be an exciting night of full contact fighting and…

END_OF_DOCUMENT_TOKEN_TO_BE_REPLACED

The Book of Eli- Denzel Washington in fight mode

Martial arts choreography or fight choreography has always fascinated me (you too, I know) and I always check the bonus features on an action DVD to see who created the scenes.  One of my favorite fight coordinators is Jeff Imada (Bourne Supremacy, Bourne Ultimatum) and he has once again put out some great fight scenes…

END_OF_DOCUMENT_TOKEN_TO_BE_REPLACED

Posted in Reality Based, Uncategorized, Video

I am a huge fan of both Batman Begins and The Dark Knight.  I just watched The Dark Knight for the third time and I have always been awed by the fight choreography. Coupled with the chaotic intensity of Heath Ledger’s portrayal of the Joker, The Dark Knight is a hard movie to beat.  But let’s not…

END_OF_DOCUMENT_TOKEN_TO_BE_REPLACED

Boxing is for everyone

In my opinion, Western Boxing is one of the best fighting arts to learn and should be part of anyone’s martial arts library. In terms of learning, there are a few basic strikes (jab, cross, hooks, and uppercuts) and simple body positions that can be taught and practiced easily. This, of course, is an oversimplification…